A Man Of Too Many Names.

Haunted by the ongoing blizzard that sucked all remaining heat from the leaf strewn ground of Bucharest. I fight the blowing wrathes of winter. Barely avoiding their snatching mouths on my bare hands. I pushed through the heavy door guarded with a spiked iron grid.

The tavern was bustling with laughter, and chittering conversations. There at the far end, stretched the hapless column of drab fatigued seekers of the early morning Buzz.

Yes I am taking about my morning coffee-run at Starbucks, don’t dare judge.

As the line shrinks to its eventual stage, the cashier asks for a name. As mundane as it could be, I amicably offer my designation with a wide beaming smile. It was like I’d crossed a necessary rite of passage. And now I am catapulted into that other line of people waiting for their respective cups.

But while I wait, another revelation comes into mind. A silly one, nevertheless, rich with fascination and wonder. What if next time I could invent another name?How would that make me feel?

I could choose a modern francophile name; Andrei, George…that would give them a story, right?
A brown colored mid-thirties guy, with a pure European title. How their shoulders would flare, or perhaps their eyes would open a little bit wider.

What if I invent a new persona that would completely shift the aura around my appearance. Perhaps I was adopted by a European family. By now my very identity had been morphed by the incessant education and training bestowed by my wealthy parents.

Or maybe I could give myself a traditional African name. That would swirl their minds for sure. So many inquiries would bubble inside these bored heads. A caramel tanned man, who perhaps escaped the raging jaws of war in his original country.

Perhaps I could fulfill the prophecy triggered by my particular facade, a middle-eastern expat, wading through life, fighting for his survival. Tempered and pressed against the backdrop of society, melded with the denizens of this glorious city.

How can a story be told by a mere name? Why does a name mean so much? Why does it ring differently when it comes together with an unusual face? Why do our brains allocate so many assumption stemming from a sound that our mouths make? If a name meant so much, why can’t we get to choose it ourselves? Perhaps it’s too much of a respnsiblity. Therefore, only our parents get to deliver that honor.

Perhaps, a name is just a reminder of who you were. Or who you were supposed to be. And then a person takes on the rest of the construction process by building the rest of his/her attributes.

That being said, I love my name, it’s my anchor to who I am. From that stable foot deeply entrenched into this moist muddy world. I get to stem, grow, bud and flourish all around in the eyes of those who love me. A trail of smoke forever expanding into this vast expanse of possibilities. Then one day, all my wisps will fade.

I am Aaron Dawbot, nice to meet you. 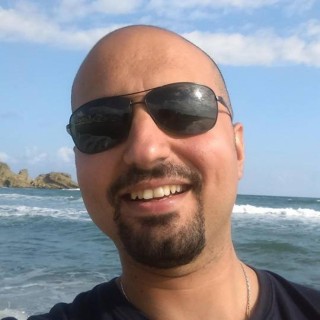